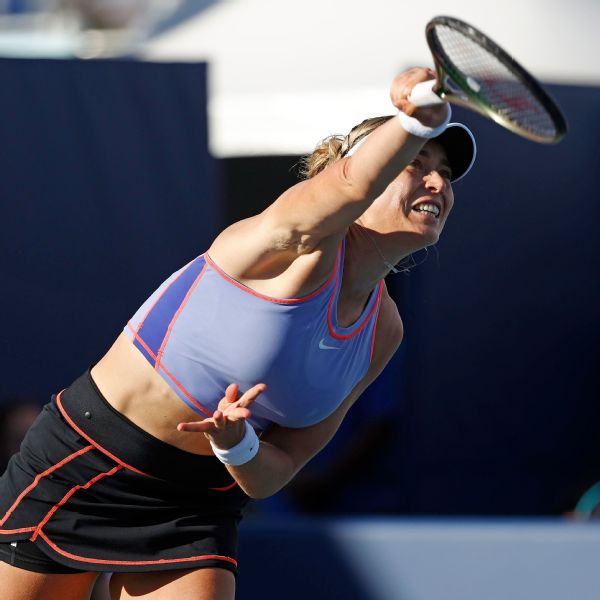 Badosa won nine straight points while Gauff struggled with her serve, and led 2-0 in the second set before easing to a 5-1 lead. Gauff had six double-faults in the first set, including the final two points.

“It’s never easy to start against such an aggressive player with a big serve,” Badosa said. “I think I adapted pretty well in the (end) of the first set, and I played a pretty perfect tiebreak, so I’m really happy about that.”

Badosa will play No. 7 seed Daria Kasatkina on Saturday.

The other semifinal will feature No. 9 seed Veronika Kudermetova against unseeded Shelby Rogers.

Kudermetova took the opening three games of the second set and led 5-1 before holding off No. 3 seed Ons Jabeur 7-6(5), 6-2. Kudermetova reached the semifinals for singles and doubles.

Rogers topped fellow American Amanda Anisimova 6-4, 6-4, improving her head-to-head record to 3-0. Rogers has not lost a set in three matches this week, while only dropping 18 games.