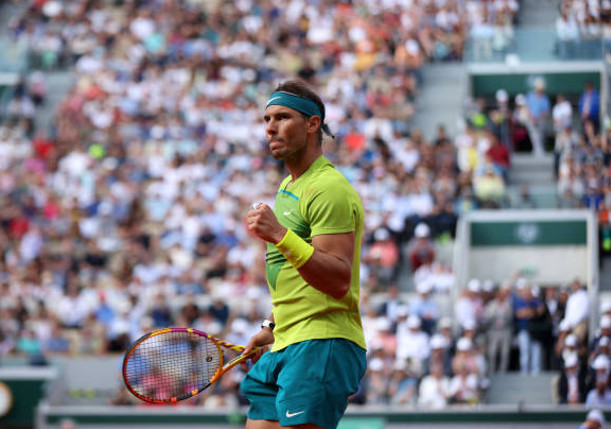 It wasn’t the way Nadal wanted to advance—or celebrate his 36th birthday today—but the king of clay has tasted his share of pain in the past.

“I explained everything going through my mind after Rome, and nothing change. At the same time, I was not very positive after that about my foot, but I was positive that I will be able to play here,” Nadal told the media in Paris. “And here I am. I played, I fighted, I did all the things possible to give myself at least a chance to be where I am and happy of course to be able to give myself another chance to play on second Sunday here in the final of Roland Garros, no?”

Meeting the moment and continuing to fight in spite of all obstacles is most satisfying for the man playing for a record-extending 14th Roland Garros crown on Sunday.

“So that means a lot to me,” Nadal said of facing adversity. “And even if all the sacrifices and all the things that I need to go through to try to keep playing, really makes sense when you enjoy moments like I’m enjoying in this tournament.”