King and Gauff on What Makes Swiatek Unbeatable 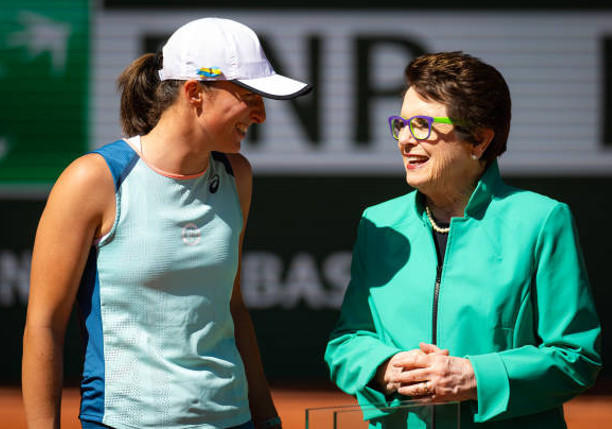 Billie Jean King has played and coached some of the greatest players of all time.

So what makes Swiatek so tough to beat?

“What makes [Iga] interesting is her forehand is so different from her backhand and her serve is getting better. She’s actually quite quick. I wasn’t sure about her, how fast she was, but she is pretty quick. That’s what you want in a champion. She really wants it.”

Swiatek became just the fifth women’s No. 1 seed in the past 25 years to triumph in Paris.

Gauff said the top-seeded Pole is a complete player and points to Swiatek’s skill taking the ball on the rise and changing direction with drives down the line make her so tough to beat.

“Regarding Iga, I don’t know, I think she does everything pretty well on the court,” Gauff said. “I think probably the best thing I think she does is changing direction really well. Shots that are — you know, I think from playing other players, you’re not used to seeing so many winners down the line off of certain shots, so you’re not prepared to even run in that direction.