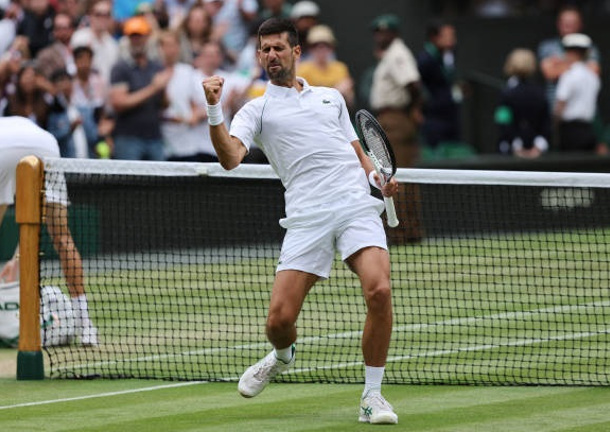 Novak Djokovic captured his seventh Wimbledon title on Sunday—and American viewers were engaged by the experience.

The top-seeded Djokovic collected his fourth consecutive Wimbledon crown with a 4-6, 6-3, 6-4, 7-6(3) win over Nick Kyrgios in Sunday’s final that averaged 2.2 million viewers during ESPN’s live telecast.

That represents an increase of 22 percent from last year when Djokovic defeated Matteo Berrettini in four sets. The audience peaked with 3.3 million people at noon Eastern time as the top seed closed out the Australian challenger in the fourth set tie break.

ESPN’s viewership for the fortnight of exclusive daily live marathon linear TV coverage of The Championships, Wimbledon climbed 26 percent from 2021 to an average of 647,000 viewers (P2+) over its nearly 150 hours of English-language coverage.

The Ladies’ Championship on Saturday morning saw 23-year-old Elena Rybakina of Kazakhstan rally from one set down to defeat world No. 2 Ons Jabeur of Tunisia 3-6, 6-2, 6-2. It was the maiden major final for both players. The match garnered an average of 1.2 million viewers, up nine percent from a year ago when Ashleigh Barty defeated Karolna Plkov in three sets.

Both singles finals were reaired later each day on ABC at 3 p.m. Those broadcasts averaged 931,000 viewers, an increase of 13 percent.