Heath Davidson has lost a semifinal showdown with world No.1 Niels Vink at Wimbledon 2022. 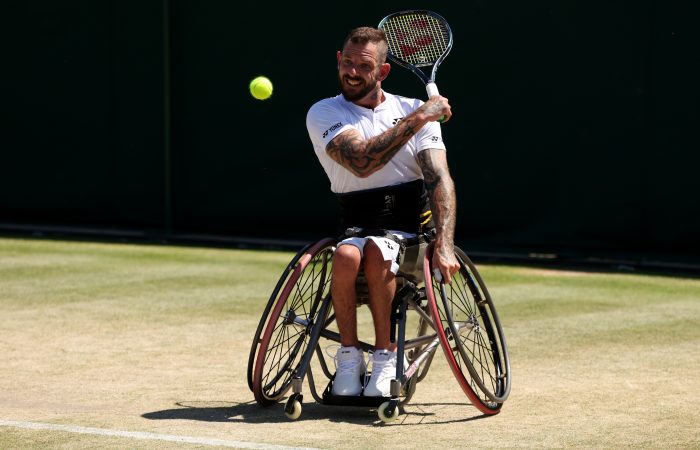 Contesting his first professional grass-court tournament, the 35-year-old from Melbourne made a promising start with a comprehensive win against British hope and world No.3 Andy Lapthorne in the quarterfinals earlier this week.

However, world No.1 Niels Vink proved too strong in their semifinal clash at the All England Club today.

Davidson heaped the pressure on the top seed early, striking 21 winners and just 10 unforced errors in a 69-minute first set. He even earned two set points in an opening-set tiebreak, yet was unable to convert either.

After snaring a tight first set, Vink took control of the match. The No.1 seed raced through the second set to advance to his first Wimbledon singles final.

This was world No.5 Davidson’s third consecutive Grand Slam singles semifinal appearance and the third major tournament in a row where he has recorded a career-best result.

Davidson was also eliminated in the semifinals of the Wimbledon quad wheelchair doubles competition, where he was partnering Brazilian Ymanitu Silva.

They lost to top seeds Vink and his Dutch countryman Sam Schroder in a rematch of last month’s Roland Garros final.