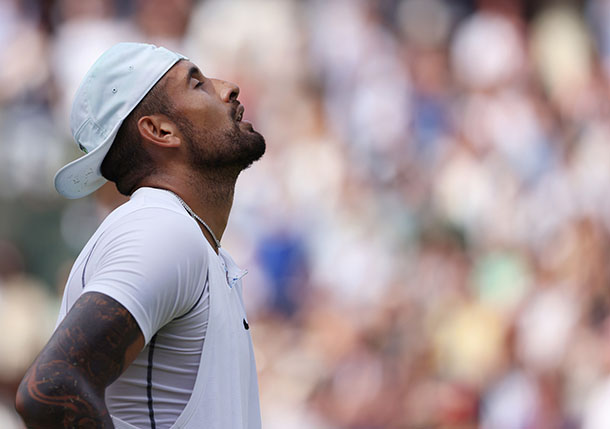 Toni Nadal has praised Nick Kyrgios as one of the most impactful non Big 3 players in the sport.

Criticizing Kyrgios for continuously showing his “anxiety” by barking at his box throughout the final, Toni Nadal also said the 40th-ranked Aussie played “messy” points in his four-set loss to Novak Djokovic.

“In the decisive moments he was unable to control his anxiety that, again, degenerated into constant rebukes to his team as if they were to blame for the undesired paths the scoreboard was taking for him,” Toni Nadal wrote in his column for El Pais. “The match lacked great brilliance, mainly because there were too many unplayed points. The lack of perseverance of the Australian, especially in regards to maintaining his aggressiveness, revealed the main problem that, in my opinion, his game possesses.

“He has a bad habit of hitting too many balls in any way, basically without paying attention and in bad position. In today’s tennis, due to the speed at which the ball goes, there is no choice but to look for a good position to have good control.”

Though Kyrgios showed bursts of spectacular shotmaking, winning Grand Slams requires relentless consistency, which the mercurial Aussie does not have, Toni Nadal said.

“The great players (Federer, Djokovic, Rafael) measure their steps well, seek a good position and, from there, try to hit a good shot and increase the chances of victory,” Toni Nadal wrote. “Nick Kyrgios, with his messy way of understanding the game, is handicapped not so much by what he does with the ball, but by the way he wants to do it.

“It is very difficult for him to achieve the continuity that requires scoring points. Tennis is a sport of repetition, rather than the spectacular.”