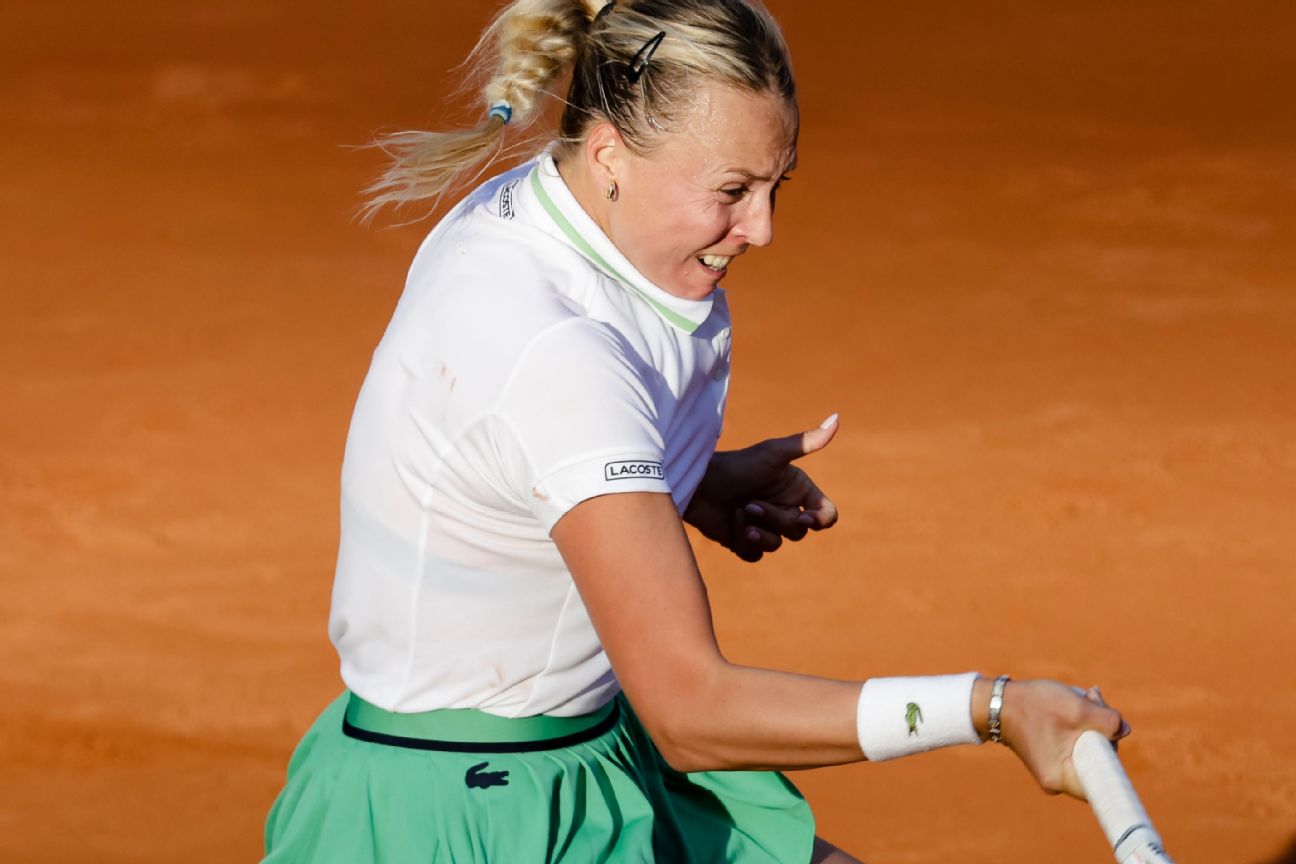 HAMBURG, Germany — Top-seeded Anett Kontaveit advanced to the quarterfinals of the Hamburg European Open on Thursday with a 6-3, 6-2 win over Rebecca Peterson, while Andrey Rublev started with a victory in the men’s draw.

Kontaveit, ranked second in the world, broke Peterson’s serve five times in their second-round match. She will take on Andrea Petkovic for a spot in the semifinals.

It will be only Kontaveit’s second appearance in a quarterfinal match since February after her season was disrupted by COVID-19 in the spring.

Rublev hit 12 aces in a 6-3, 6-4 first-round win over Ricardas Berankis. It was Rublev’s first match in Hamburg since he won the 2020 Hamburg Open. The eighth-ranked Rublev next plays Francisco Cerundolo.

Fourth-seeded Pablo Carreno-Busta was upset 6-3, 1-6, 7-6 (5) in his second-round match against Alex Molcan, who moves on to a quarterfinal meeting with Borna Coric.