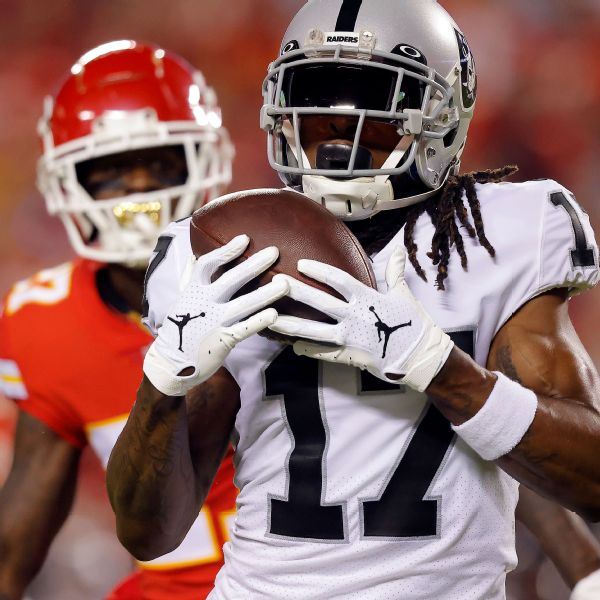 LAS VEGAS — Las Vegas Raiders coach Josh McDaniels voiced his support for wide receiver Davante Adams on Tuesday afternoon, hours after a police report was taken on Adams pushing down a man at the conclusion of the Raiders’ 30-29 loss at the Kansas City Chiefs on his way to the locker room Monday night.

And although ESPN’s Adam Schefter reported that Adams is facing discipline from the NFL, McDaniels said he did not yet know “what may or may not come” from the league.

“I support Davante wholeheartedly as a human being,” McDaniels said. “As a person, he’s a great guy. I know that was an unfortunate situation. We obviously don’t want any of our guys to be doing anything like that. He knows that. He’s very well aware of that. But I know the person; I don’t think there was any intent behind it, on his part.

“But whatever [the NFL] asks of us, whatever they need from us, obviously we’ll comply. But we’re kind of in a wait-and-see [situation] at this point.”

The Kansas City, Missouri Police Department released a statement Tuesday morning that elaborated on the situation. The man was a freelancer working for ESPN’s Monday Night Football.

“The victim is a photographer at the Chiefs/Raiders game. At the end of the game, he was pushed to the ground causing injury. He made arrangements for private transport to the hospital for treatment at which time he called police. The injuries are preliminarily thought to be non-life threatening. The incident will be investigated by our Assault Unit detectives, upon completion they will coordinate with the applicable city or state prosecutor to determine any applicable charges.”

The report said the investigation was expected to take “longer than 1-2 days.”

At his locker after the game, Adams apologized for pushing the man down.

“I want to apologize to the guy, there was some guy running off the field, and he ran, like jumped in front of me coming off the field, and I bumped into him, kind of pushed him, and he ended up on the ground,” Adams said at the time. “So I wanted to say sorry to him for that because that was just frustration mixed with him literally just running in front of me. I shouldn’t have responded that way, but that’s how I initially responded. So, I want to apologize to him for that.”

There is no timetable for a decision from the NFL, a source told ESPN’s Jeff Darlington. With the Raiders (1-4) on a bye week, the league is aware it doesn’t need to be as expeditious as normal.