FOXBOROUGH, Mass. – Quick-hit thoughts and notes around the New England Patriots and NFL:

1. Aikman’s take: In his first year as the analyst for ESPN’s Monday Night Football, Troy Aikman will get an up close look at quarterback Mac Jones and the Patriots twice – Oct. 24 versus the Chicago Bears and Dec. 12 at the Arizona Cardinals.

Aikman has spent time with Jones, as they share a connection through Jones’ longtime throwing coach, Joe Dickinson. He believes the Patriots have a gem. He also isn’t surprised to hear that Jones and the New England offense have undergone some “growing pains” as they transition from offensive coordinator Josh McDaniels to a three-headed leadership structure including playcaller Matt Patricia, head coach Bill Belichick and quarterbacks coach Joe Judge. 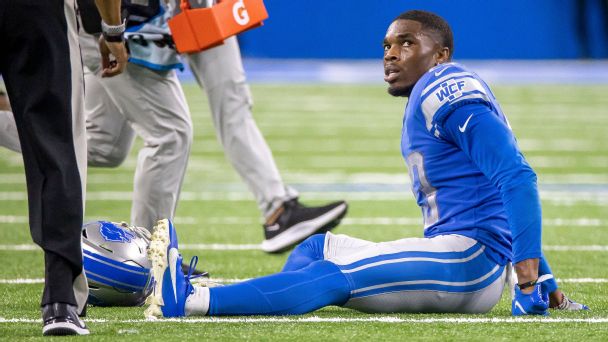 • The recovery of Lions’ Jeff Okudah
• What Mac Jones, Brady have in common

“I like Mac Jones; I really do. I think he possesses everything you need to win in the NFL. He’s a lot like Tom [Brady] that way, which has not been a surprise as to why he ended up in New England,” Aikman said.

“I had a chance to play for a couple of the best who have done it [Ernie Zampese, Norv Turner]. Man, when you get that playcaller, and they’re in sync with the quarterback, it’s like being in step with a dance partner. It’s the greatest feeling in the world. So I do think they’re going to miss Josh. Maybe they already do. But if anyone can overcome that, obviously it’s Bill. He’s the best to have ever done it.”

Belichick’s unconventional decision with the offensive coaching staff – not naming an official coordinator and leaning most on two coaches whose primary background is on defense (Patricia) and special teams (Judge) – faces its first test on Sept. 11 when the Patriots visit the Miami Dolphins (1 p.m. ET, CBS).

Coupled with the coaching change is a “new offense” that has significantly changed its terminology, which has further steepened the learning curve for Jones and Co. The preseason results have been shaky, with Jones not appearing as comfortable as he was at this time last year.

Players have preached patience, and Aikman essentially is too.

“It has an impact. I think if Mac was being honest, he’d say, ‘Yeah.’ That’s not to say he can’t go on and have more success this year. Maybe he can,” Aikman said.

“It seemed like him and Josh had a really great relationship. And that becomes hard because there’s so much that happens within a game, within a practice; there’s frustration, the quarterback’s taking the heat, they’re not doing this — to have a guy you can really confide in, there’s so much to that relationship that doesn’t show up on a stat sheet or even on game day. That’s going to be a hard position to fill, and a hard position for Mac to get comfortable.”

2. Interpreting Mac: When Jones said Wednesday that the offense has “ironed out a lot of things, and it’s good they are happening now,” my initial thought was that he meant the general preseason. But after talking to multiple offensive players in the locker room last week, I wouldn’t be surprised if his words were even more specific and that he meant after the Aug. 26 preseason game against the Las Vegas Raiders. I sensed that some were borderline embarrassed by their performance against their former coordinator (McDaniels) and the result has been a sharpened focus and better execution in practices since.

3. Early trip: In a break from the norm, the Patriots are traveling to South Florida on Tuesday this week and will hold three practices in the heat and humidity leading up to the game against the Dolphins. They usually depart Saturday for road games. Longtime captain Devin McCourty previously said weather is “always a little bit of a shock in pregame” in Miami, so this gives players time to acclimate. The trip was planned months ago. Of course, had Belichick known the team would have an uncharacteristically hot and humid training camp in New England, he might have planned differently.

4. Wynn’s status: With running back Ty Montgomery (right ankle) not expected to suit up for the season opener, the main question for the Patriots injury-wise is starting right tackle Isaiah Wynn. He wasn’t at Thursday’s practice but was present at the facility that day. Wynn missed multiple weeks in training camp due to an undisclosed injury, and despite initially coming back during joint practices in Las Vegas on Aug. 23-24, still seems to be working through something. Not ideal for a unit that needs to work together.

5. BB vs. McDaniel: Is Belichick vs. Mike McDaniel a coaching mismatch in favor of the Patriots in their opener? Not necessarily. Per Elias, Belichick is 55-24 (69.6%) for his career against first-year head coaches, which is slightly better than his career win percentage (321-156, 67.3%). But Belichick enters on a roll, having posted a 5-0 record against first-year head coaches last season.

6. Slater’s sermon: “Comparison is the thief of all joy.” This is something longtime Patriots captain Matthew Slater said on sports radio WEEI last week when asked to compare the Patriots to past teams. Later, in a one-on-one interview in the locker room, Slater was asked to expound on that thought.

“When you think about the setting we live in, not just in the NFL, but with social media, Twitter, Instagram – what does this person have? What is this person doing in the league? This person put up these numbers. This team signed that guy. It’s all about comparison,” Slater explained.

“As long as you’re looking outside, externally, to what others have going on, you can never experience true joy within. That’s really a pearl that started out in a spiritual context, but I think it applies in all areas of life. And I think that’s important for us as a young football team. We can’t be looking around and comparing what other people have going on. Look at what we have here, appreciate it, maximize it and enjoy it. That’s a message I try to live by, and it certainly applies in this locker room.”

7. Hightower locker: The Patriots are leaving longtime linebacker Dont’a Hightower’s locker open at the moment. It’s not necessarily that they are planning on the free agent’s return, which seems unlikely, as much as it is a show of respect amongst players. File that in the category of neat nuggets that reporters pick up now that they have access to the locker room again for the first time since COVID-19.

FREE to play! Pick NFL winners straight up or against the spread and compete to win more than $14,400 in prizes!

8. White’s career: Former Patriots running back James White will be watching his former team closely this season, although that won’t be the case for the team’s Week 2 game at the Pittsburgh Steelers. That’s because White has already been scooped up to provide analysis for the Tampa Bay Buccaneers‘ game at the New Orleans Saints – which kicks off at the same time – on Sports USA’s national radio broadcast. Brady, the Bucs quarterback , will surely appreciate seeing his former teammate.

9. Did You Know, Part I: The Patriots have lost their past three games against the Dolphins entering their Week 1 matchup at Miami, and since becoming Patriots coach in 2000, Belichick has never lost four straight games against the same opponent, according to ESPN Stats & Information.

10. Did You Know, Part II: Jones vs. Tua Tagovailoa is one of nine Week 1 matchups across the NFL between starting quarterbacks who entered the NFL as first-round draft picks. According to ESPN Stats & Info, that will be the most of any week since 1967. The previous mark was eight (Week 1 of 2012).