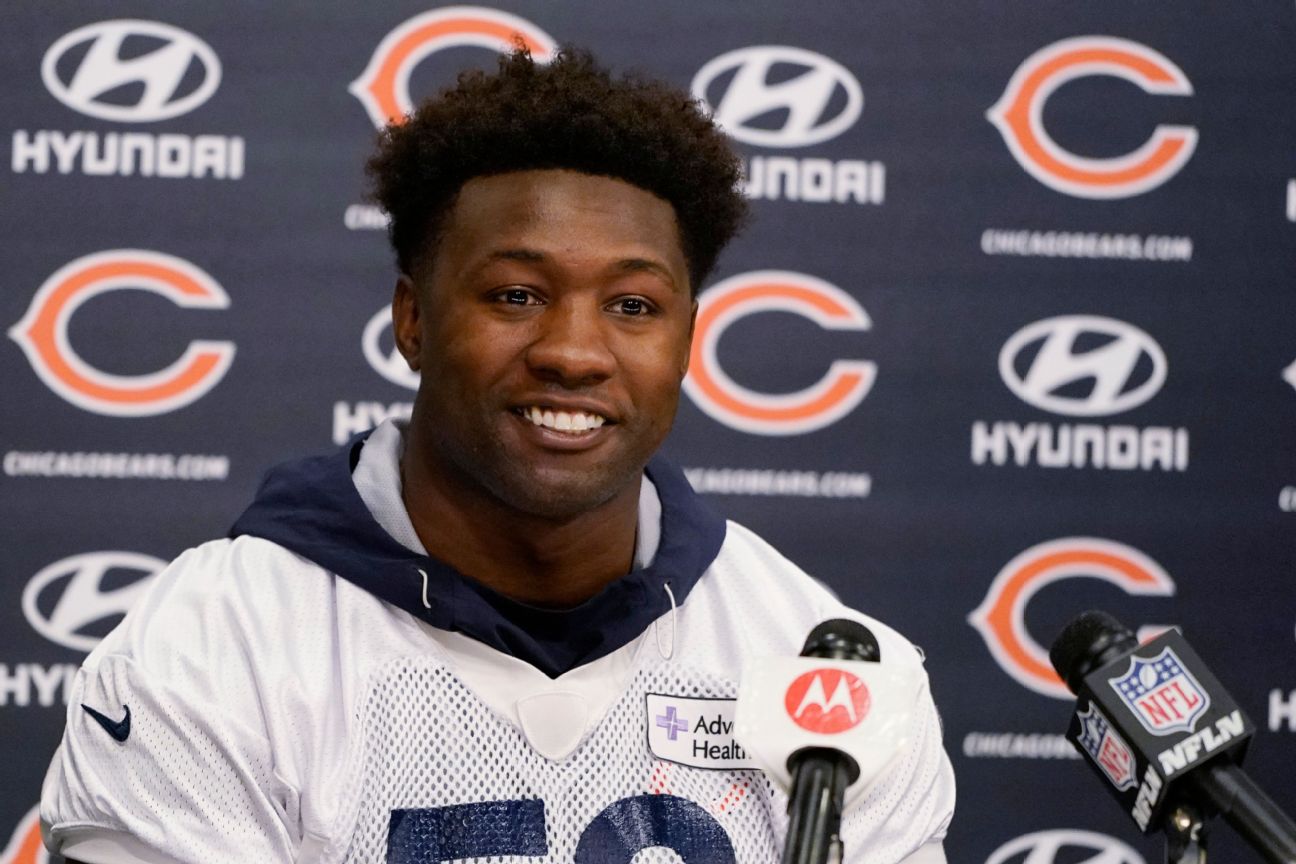 Poles expressed optimism that a path of reconciliation could lead the two parties to eventually agree on a long-term extension.

“First of all, he’s a good player,” Poles said. “That’s never changed. And he’s a good dude. I have faith that he’s going to have a good year and we’ll work on our relationship and all that. It’s not even a bad thing, either. We’ve all been there, right? You have disagreements and you have to come back together and be teammates. That’s what I expect.”

On Wednesday, Smith said he is not giving any further thought to his contract situation when asked whether he and Poles would get together to talk about new a deal.

“I’m not focused on that, if I’m being completely honest,” Smith said. “My focus is on making this year the best year I can and then go from there. I don’t want to look forward too much to the future or anything like that. I’m just focused on having the best year I can with my teammates and going out and playing the game I love. That’s what means the most to me.”

Smith ended his hold-in on Aug. 20 and returned to practice after publicly demanding a trade 11 days prior. Poles stated on Aug. 9 that his intentions were to keep Smith in the fold and do “everything we can to get this done.”

When it became clear that both sides would not come to an agreement, Smith opted to end negotiations and play out the final year of his rookie contract, where he is set to make $9.7 million.

Poles praised Smith for the way he handled his return.

“I think Roquan, he said it perfectly — we’ve shifted gears and it’s all ball now,” Poles said. “So really doesn’t make sense to go back and go through all that. He doesn’t get enough credit for being able to change gears like that and going out and just playing football and doing it the right way. I’m proud of him for handling it that way. And he’s out there and we’re better because of that.”

Poles also addressed the uncertainty expressed by second-year offensive lineman Teven Jenkins earlier this week. Jenkins, who made the switch from right tackle to right guard this offseason, has been the subject of trade rumors since the start of the preseason.

Despite starting at right guard during Chicago’s preseason wins at Seattle and Cleveland, Jenkins expressed doubt over whether he’ll be on the roster when the Bears host the 49ers on Sept. 11.

“I still say it’s up in the air right now,” Jenkins said Tuesday of his future with the Bears. “There’s nothing solidified right now. Even if you make the 53-man roster, it doesn’t mean you’re going to be here tomorrow.”

Asked directly whether Jenkins should be worried about being traded, Poles doubled down on the former Oklahoma State product giving the Bears their best combination along the starting offensive line.

“No, I had a good conversation with him and I told him how proud I was of him,” Poles said. “Again, I think it’s about building the best five. I think we have a good five with him at guard. So I think it’s good for us to have Teven at guard right now.”